There’s No Such Thing as Luck in Business! 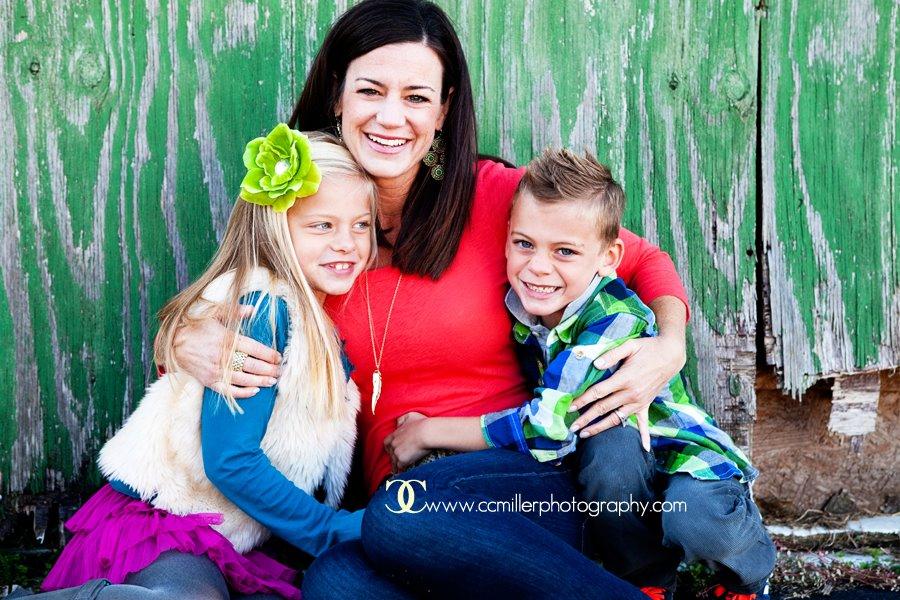 Do you ever look at successful people and think, “They must have gotten lucky or just had perfect timing with their business so it took off?” I hate to tell you this, but there’s no such thing as luck in business. Yes, the market conditions could have been perfect for their launch and maybe there was a huge need for their product or service that wasn’t being fulfilled in the market, so the opportunity was there.

But they had to WORK and GRIND and SWEAT and LOSE SLEEP and take RISKS to succeed!

All of those things are the reasons I love working with entrepreneurs! It takes a special, dedicated, almost crazy person to do whatever it takes to succeed that first year, and some of the most successful companies take even 10 years to turn a profit! Sure it looks glamorous sometimes, seeming as if entrepreneurs splurge on all the luxuries…but guess what? They busted their tails to get there and I guarantee they failed over and over until their company finally HIT! Tenacity WINS this game! I have yet to see “luck” come into play in my career or any of the clients I have the privilege of coaching.

I was coaching a client the other day who we helped develop an amazing personal brand that has massive potential. We did a beautiful website, video, photography, launched a podcast and created an online community of thousands of women in only a couple of months. This community is her “warm audience” as we like to call it. They know her, they like her and they are beginning to trust her – but this takes time. Once your audience knows you, likes you and trusts you, they will buy! We came up with a great offer and she put it out to the community and no one bit on it. This was very discouraging for her and she was ready to give up! I couldn’t help but think…WHAT?!?!? We are just getting started!

Very few companies we work with take off on their very first offer! You have to test the audience! You have to play the game to see what they bite on! Start high and work your way down to see what they are willing to pay for your services! At that moment I realized I had failed. I am great at hyping people up, getting them to believe in themselves and that they can achieve their business dreams…and their financial dreams! BUT I NEVER SAID IT WAS EASY! It’s a GRIND! It’s getting knocked down and getting back up hundreds of times! And there are days you’re tired and drained and want to give up. But guess what? The successful ones never do that! They step back up to the plate and swing again! AND AGAIN AND AGAIN AND AGAIN!!!

I had someone say to me once…”You got lucky with 918moms.com. That it was the perfect timing when niche websites were hot and you didn’t have to pay for Facebook ads to get a huge following back then.” I almost fell out of my chair! LUCK?

Maybe they didn’t see me when I told my husband I was quitting my great paying job to start a mom website when we were in the middle of building our dream home that required my income to get the loan. And then I proceeded to tell him that our kids were going to private school and we’d have to figure out a way to pay for that because there was no way we could send our daughter to the public school where we were building this dream home because she was too shy and would get lost in such a big school. I promised to take no money out of savings and I would launch this company 100% off hustle and do whatever it took to make my income back quickly! Was that luck?

Maybe they didn’t see me pounding the pavement EVERY day cold calling advertisers trying to get them to buy ads on our mom website that didn’t have an audience yet. I was spinning my wheels coming up with crazy, creative ideas at midnight for the companies I was calling on the next day! No one would just buy my ads – I had no audience yet! They bought my ideas! They were buying ME as a marketing expert to help them grow their business. I worked 12 hour days for a year, no lie! A YEAR! I hustled to get a radio and television partner so I could trade content for the free ad time. I had never hosted a radio show, but I pitched a mom radio show called the Mix Mom Squad on Mix 96.5 where I would talk about mom topics and they could sell ads on the show. They said yes and we suddenly had to scramble to figure out how to host a radio show! And the first month of the callers were my friends that I begged to call in because I didn’t want to not have call ins! Is that luck?

Or maybe they didn’t see me recruit stay-at-home moms to help me sell ads on the website for 100% commission. I didn’t have money to pay them to make calls, but would pay a higher commission to get them to sell and they could work from home while their kids were at school! Was that luck?

Maybe they didn’t see me partnering with a TV station to get FREE segments on the news every week, convincing them it was great content for them even though they wanted me to pay for advertising. Was that luck?

Maybe they didn’t see me recruit 10 mom bloggers and convince them to come write content on the site for FREE so we could have the most content possible in 10 different niches (couponing, fashion, fitness, nutrition, and more) in exchange for being on the platform. Was that luck?

Maybe they didn’t see me pick up my kids from school, rush them to all of their practices, help them finish their homework, make dinner, get them to bed and then stay up all hours of the night to finish the work that needed to be done for the day. And then make myself get up at 5am to workout so I could keep my sanity. Was that luck?

Maybe they didn’t see me finally land my first advertiser for $500/month after MONTHS and MONTHS of calling on them, convincing them to move their TV money to digital, taking calls all hours of the day/night and weekends just to keep them happy. Nine months later, I convinced that same client to become a $10k month advertiser and buy us a $80k Denali for our #1 blogger to drive around town for FREE advertising their brand. Was that luck?

Yes, niche websites were hot. As for market conditions? This was 2008, the housing market just crashed. Most people were pulling back in business and didn’t think it was a prime time to launch anything. Instead of holding back, we went all in! THAT IS THE TIME TO GO ALL IN! WHILE EVERYONE ELSE IS SLEEPING and worrying about the government and the economy and getting sucked into a negative vortex! People were looking for an alternative way to advertise their businesses cheaper than the radio, television and print ads they had been paying for. We were the solution! BUT, we never would have gotten there without pivoting a million times!

My first two months of sales calls were BRUTAL! I heard “NO” a million times! Everyone loved the idea, but they needed numbers! That’s when I pivoted and got creative! I was no longer selling advertising, I was selling IDEAS! Everyone loves a good IDEA for their business, and I happen to have a gift for coming up with ideas on the spot for almost any industry! It was my super power so I played it! Putting it into perspective, it was only one year of pounding the pavement and working 12 hour days which in entrepreneurial land is very SHORT!

Some of the most successful companies took YEARS to make a profit! None of them were “lucky” or fell into overnight success!

Airbnb
Started in 2008 but only started becoming profitable in the second half of 2016. Their revenue grew more than 80% over that year. Thirteen years later, Airbnb has been able to expand into other categories of travel through their success.
Source:
https://www.cnet.com/news/airbnb-first-profit-home-rental-travel-startups/

Uber
Uber launched in 2009, but didn’t launch into new cities until 2010. From there, it took about 6 months for them to be successful, but even then, they still were not profitable. Over 10 years later and they still have not made a profit, although they are very successful.
Source:
https://www.thestreet.com/technology/history-of-uber-15028611

Kendra Scott
Launched her company in 2002 from her bedroom and had to hit rock bottom in 2009 when her business went down 40 percent during the financial crisis… In 2016, she was able to sell a large minority of her stake that was valued at $1 billion and now has over 102 store fronts.

Spanx
Spanx was founded in 2000 with $5,000 invested. It took the company two years to get up and running. In those two years, the founder was making cold calls everyday to sell into manufacturers and worked on getting them to believe in the product and understand what it was. After many years and no’s, Sara Blakely finally found the first yes and ended up making a revenue of $4 million that first year.
Source: https://www.forbes.com/global/2012/0326/billionaires-12-feature-united-states-spanx-sara-blakely-american-booty.html?sh=215387f7ea09

S’Well
Launched in 2010 from a small NYC apartment, S’Well was started by $30,000 of Sarah Kauss’ own money. Four years later, major companies like Starbucks, Crate & Barrel and J.Crew, started picking up the water bottle brands to sell in their stores and the company hit 10 million dollars worth of sales that year. In those first 2 years of the company launching, it took Sarah Kauss being her only employee to see success in the company.

Were any of these companies “lucky?” I’d say no. They diligently worked for YEARS before they saw success!

At D2 Branding we are constantly coming up with new ideas to stay innovative in an ever-changing market. Do all of our ideas work? NO!!! Many times something we put our heart and soul into ends up being a flop. WHO CARES? What do we do? We pivot again! 2020 was doom and gloom for most companies but we were UP in revenue because we pivoted! If I quit every time I heard a NO or something didn’t work, then I would never be in business!

If you are an entrepreneur out there, don’t get discouraged if you try something that doesn’t hit. It’s either the wrong offer or the wrong audience you are marketing to. Try different offers until one hits! You won’t know the sweet spot in the market until you try over and over again!

If you’re looking for luck on your side without a lot of hard work when launching a business, I’d think again. Can you reach your financial dreams and eventually have time freedom to work whenever you want from wherever you want? ABSOLUTELY! Will it take hard work to get there? 1000%!!!!

So if you dream of that luxury lifestyle, you can do it. But be prepared to WORK and GRIND and SWEAT and LOSE SLEEP and take RISKS to get there!!!